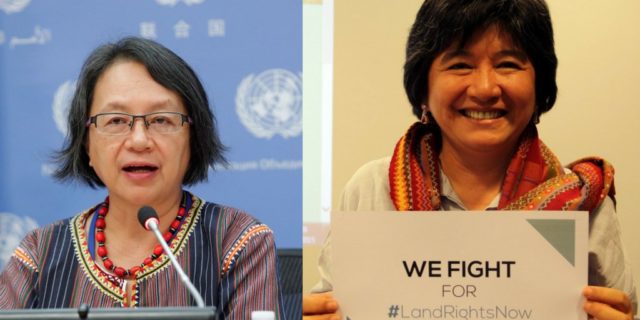 Stand with Land Rights Defenders under threat in The Philippines (http://www.landrightsnow.org/en/news/2018/03/13/stand-land-rights-defenders-under-threat-philippines/)

We are deeply concerned for the security and liberty of  a number of Indigenous People’s Land Rights Defenders in the Philippines following a petition filed in court by the Government and made public last week seeking to declare them as terrorists and outlaws.  The list includes Ms Joan Carling and Ms Vicky Tauli-Corpuz who, over the past two years,  have played a key role as advisors to Land Rights Now.  Both are known and respected nationally and internationally for their consistent and democratic work to further human rights for the most vulnerable and discriminated. The unfounded terrorist accusations pose serious threats to their lives, security and liberty, and are clearly meant to harass and intimidate them.